More than a century of service… 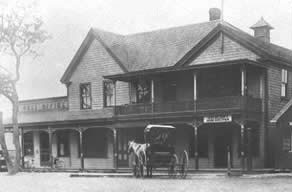 For more than 100 years now, The Leonard Insurance Agency has been serving our neighbors in Osterville and the surrounding towns by providing for your insurance needs. Our roots in the community are strong and deep. We first opened our doors in July 1906 in the building that is now occupied by Cazeault Roofers. Today, Daniel E. James and Debi James, father and daughter, run the Agency in the same family manner under which it has operated for more than a century.

Over the years, we’ve changed our location a few times, the business has passed from generation to generation, we’ve expanded our coverage area, and we’ve kept pace with the latest technologies – but some things never change. We still run the business in the same family-run style we began with a century ago and we still pride ourselves on our commitment to serve, you our neighbors. As your independent agent, we work with you to ensure that you have the right insurance policies at the right price. We appreciate the trust you’ve placed in us and we hope to earn it for the next 100 years!

For the local history buffs among you, here’s a rundown of our business genealogy: 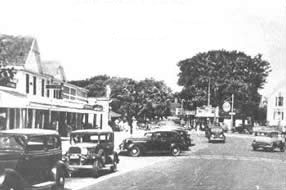 » When JM Leonard died in 1944 at the age of 82, he was succeeded by his daughter Margerie Leonard. In 1946, she bought out Cecil Goodspeed’s shares and began operating the Leonard Insurance Agency as sole proprietor. In January 1951, she brought her nephew Philip Leonard into the business and some seven years later, he bought the agency which he ran for 32 years. In 1990, Philip Leonard retired and transferred the agency to Daniel E. James and Frank L. Horgan of the Horgan-James Insurance Agency of Hyannis. In 2000 we formed the Hyannis and Osterville agencies into separate entities. Dan James and his daughter Debi James run the Leonard Insurance Agency in Osterville.

» We are now settled into our new location at 683 Main Street, Suite B, a beautiful and much newer building in Osterville. We are located next to Fancy’s Market and across the street from Armstrong Kelley Park. Suite B is in the back building of the office park. Although we primarily serve year-round and seasonal residents of the Cape Cod area, we have clients from across Massachusetts and the rest of the United States.